Java Kapok, the Long Forgotten Excellence: Years ago, once Ceiba pentandra trees (Java Kapok trees) bloomed, people would consider it the beginning of wet season. Likewise, the beginning of dry season was marked by the breaking of Kapok fruit shells, thus the wind would blow the soft and smooth kapok through the air. 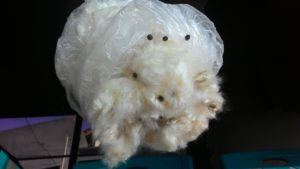 However, those natural signs are rarely spotted today. As the climate changes, heavy rain might come during dry season. One example was when heavy rain poured over Semarang last August, leaving puddles around its city corners.

In fact, nature has changed. Once, we could easily spot Kapok trees along the streets to villages. This natural richness has contributed to incise the world well-known Java Kapok. However, today, even in the regions once Kapok trees were abundantly grown such as Pati, Kudus, and Jepara, Ceiba trees are no longer spotted as many as they used to be. “Years ago, Muria mountain was overgrown with Ceiba trees”, said Mustaqim, a villager from Terban, Pati Regency, Central Java.

Under colonialism governance, this commodity (kapok) was exported as one of the most favourable product throughout the world.  Not only its Kapok fruit, but also the oil made from its seeds were exported. Kapok forests were also preserved during the time, unlike today, where mountain slopes around Pati and its surroundings are merely barren land. 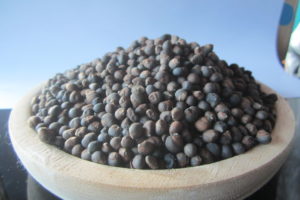 It is known statistically that the amount of plantation in Pati gradually declined within the recent three years. This declining has certainly affected productivity.

According to Santoso, a Kapok producer from Karaban Village, Pati, one contributing factor is the logging and cutting for Kapok trees to be used as building materials. Limited supplies require producers to mix their Kapok with Kapok imported from Thailand.

Furthermore, Kapok seeds oil factories in Kauman Village, Juwana District, Pati Regency has stopped operating. Factory owner Tio Hien Thwan forcedly closed his business due to raw materials scarcity since the last two years. During its success time and when materials were abundant, this factory could process 24 tons of Kapok per day. Today, the factory was abandoned and its 10 processing machines are left to spider webs. Whereas, when it was fully operating, this factory would hire at least 30 workers. Kapok Oil Supplier

This factory was originally producing nut oil since its establishment in 1937. Since 1971, t 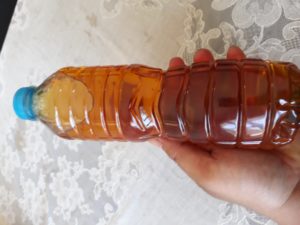 hey started producing Kapok seeds oil. Of course, raw materials were abundantly provided throughout Muria mountain slopes were kapok were overgrown. Kapok trees were also easily found along streets in Trungkal, Tayu, or Bangsri. “However, today most of the plants were cut for building materials. Most of the surviving Kapok processing factories nowadays are small scale home industries, such as those in Karaban”, said Agus Pramukajaya, who used to manage Kapok seeds oil production in THT.

Agus explained that raw materials flow has faltered since five years ago. Raw materials supplies declined due to the logging of Kapok trees. “People chose to plant cassava. The growth of Kapok trees would obstruct sun lights to reach cassava trees. Therefore Kapok trees should be cut. People prefer planting cassava for its faster harvesting”, Agus stated. According to him, of all 24 tons Kapok seeds to be processed in THT factory, only 14 percent of that amount would become Kapok Seed oil.